Technically, summer hasn’t officially started, however it is officially blazing hot in Charleston so I’m calling it. Summer has already started creeping into my cooking. I’m using my grill several times per week. I’m making tasty burgers. Now I’m moving on to sweet summer corn with a little smoke on the side with my caramelized corn and green beans skillet with cumin. To make these flavors pop, I used two simple techniques – blooming and caramelizing. 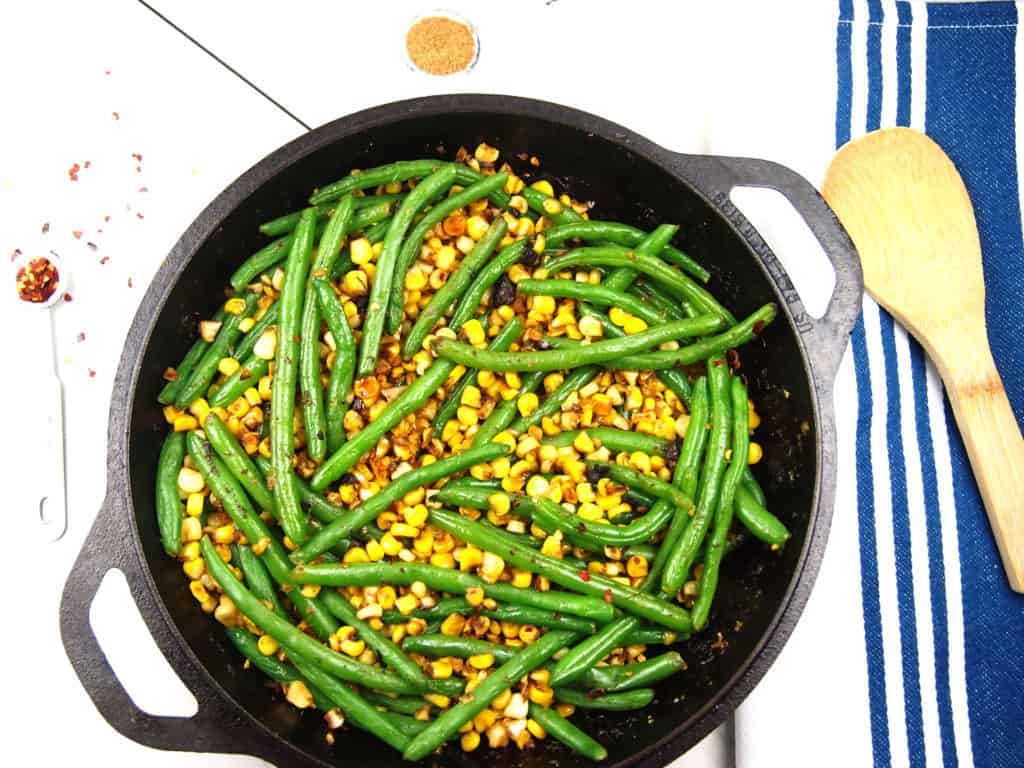 Before I added the corn, I “bloomed” the cumin spice and red pepper flake in a cast iron skillet. “Blooming” is a technique of adding spices to oil in the pan and allowing them to deepen their flavor before adding in additional ingredients. It makes a big difference in this dish and boosts flavor instantly. In this dish, the flavor boost added some extra smokey, spicy, and toasty flavors. Take a couple of minutes to add the spices at the beginning and you’ll notice a difference.

Next up, caramelization brings on the nutty and toasty sweetness. Caramelizing is simply browning sugar, but the flavor is anything but simple. Corn has a characteristic sweetness that lends perfectly to this dish. Make sure to scrape the bottom of the pan with a wooden spoon often during cooking to capture as much sweetness as possible. 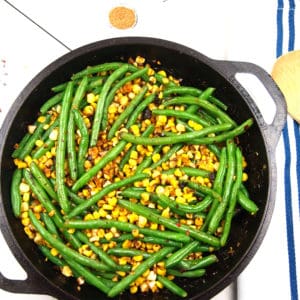