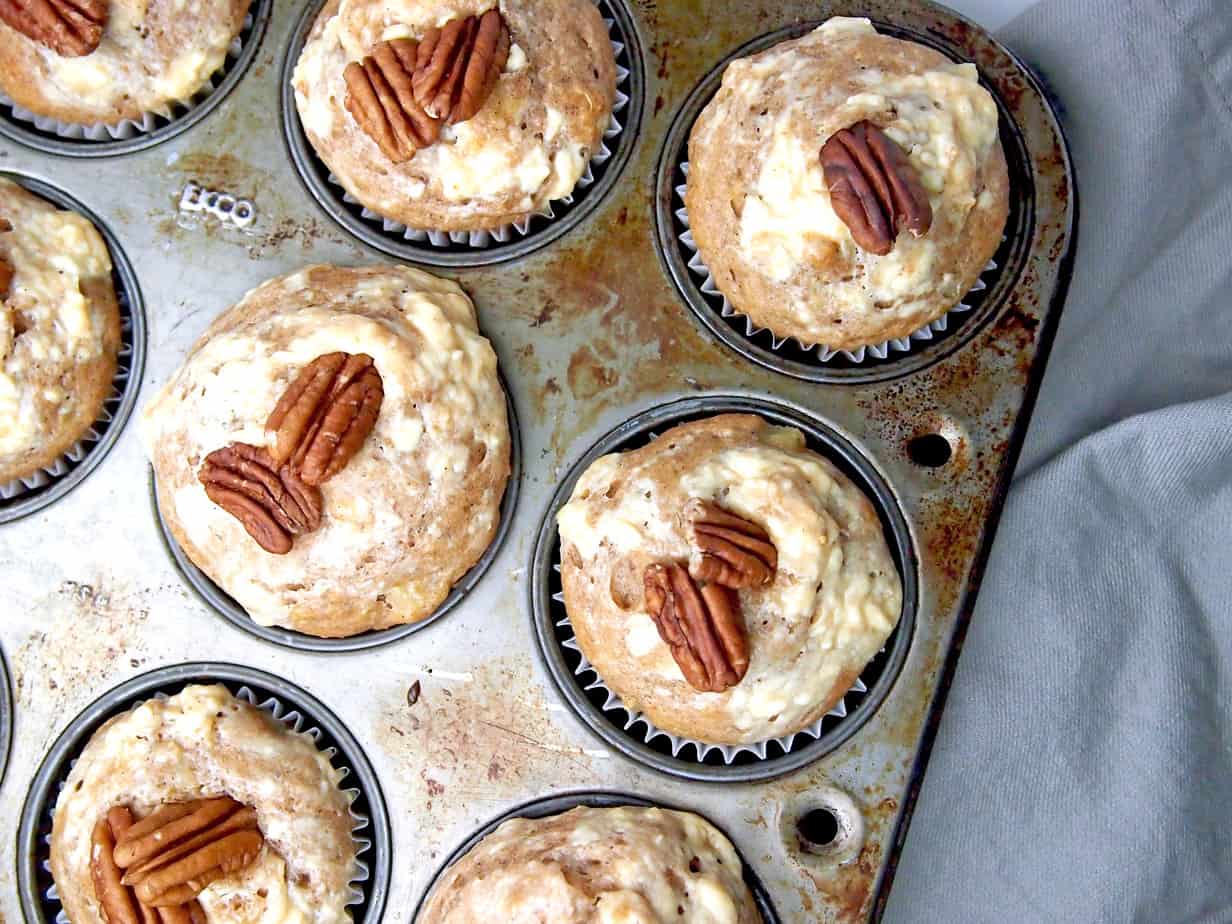 THIS POST CONTAINS AFFILIATE LINKS, WHICH PAYS ME A SMALL COMMISSION AT NO COST TO YOU.

It’s been a bit, but I’m back! Since my last post, Charleston has finally decided to accept that it is in fact, Fall. I thought a nice, spiced muffin would be perfect to compliment this newfound sweater weather. With my Pinterest crawling with pumpkin and apple spiced muffins, I knew I wanted to try something a wee bit different. Then I had an epiphany to make one of my favorite desserts, Hummingbird Cake, into a healthier version fit for breakfast. I present Hummingbird Muffins.

First, let me back up a bit to give a little background on something called Hummingbird Cake. In 2012, being a new Charlestonian, I quickly stumbled upon the love affair that Charleston has with this spiced cake. I had never heard of such a thing, but it is now one of my favorite desserts. I promise the cake brings no harm to hummingbirds, but it is deliciously sweetened with pineapple and bananas and spiced with a nice touch of cinnamon topped with tangy cream cheese icing- which I imagine hummingbirds might like? My understanding is that the cake is specifically a southern treat, having first appeared in Southern Living magazine in the 1970s. I don’t know that it originated in Charleston, but we sure do love it. Many restaurants around town take pride in offering the cake on their dessert menu.

I’ve made Hummingbird Cake several times, especially since it’s a husband favorite around here, but I wanted a lighter, healthier version that could be easily popped in the oven or microwave in the morning for warm and toasty breakfast.

Then the Hummingbird Muffin was born.

It’s got all the usual components like bananas, crushed pineapple, cinnamon along with some more unconventional (but healthier) ones such as whole wheat flour and Greek yogurt. Either way my Hummingbird Cake connoisseur of a husband gave them two thumbs up.

I hope you enjoy them!

Shop the tools for this recipe: